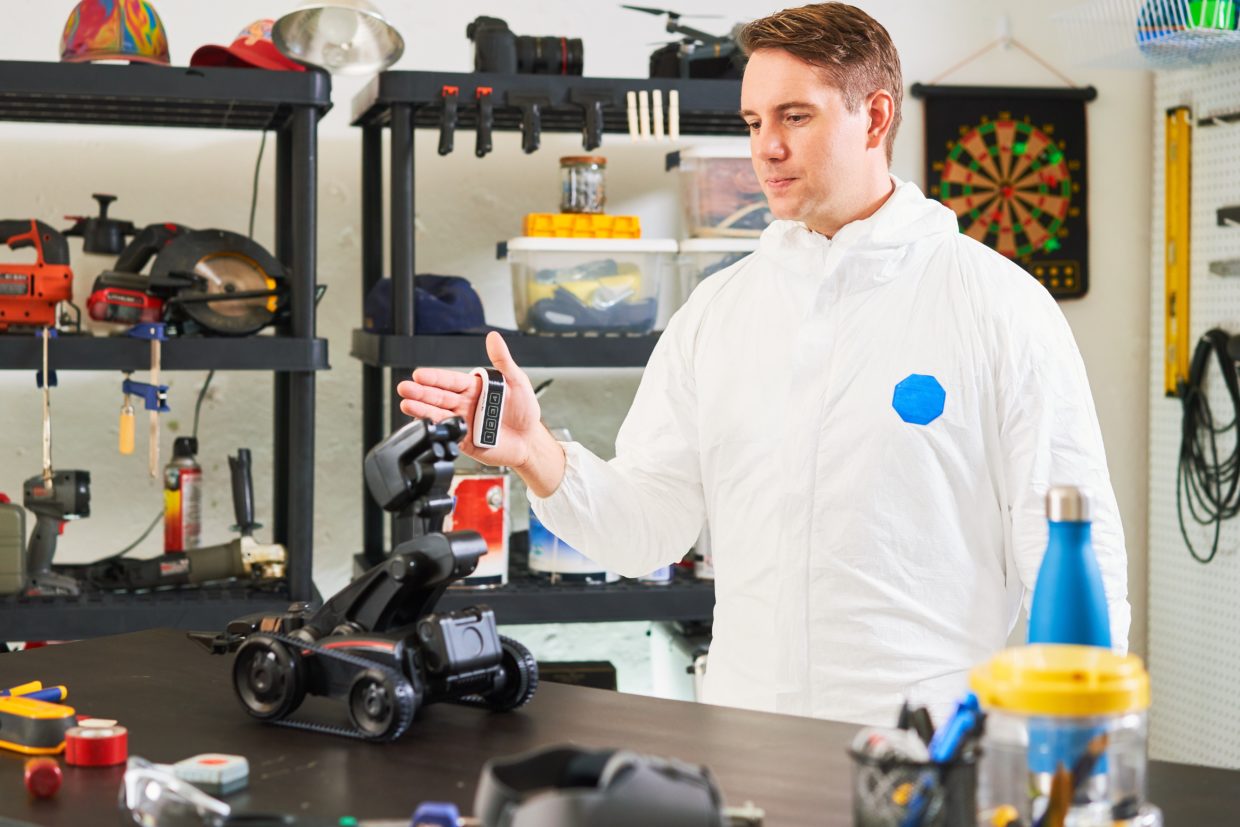 One of many applications of our revolutionary  concept of IoT enabled wearable devices.

Could gesture control becoming a key element of the  “fourth Industrial Revolution”? Some experts certainly think so, and forward looking companies have already started to integrate gesture controllers into their operations. The reasons are diverse, but they come down to one thing: when technicians, designers, and engineers need to control the way systems work and tools operate, nothing beats the power of gestures. In fact with their hands and arms, staff can achieve a degree of precision and speed that levers, mice, joysticks, and even touchscreens don’t provide. We think that TACTIGON SKIN also has plenty of potential in this area, let’s look at some ways that makers could use it to create next generation industrial gesture controllers.

Industrial robotics is the most exciting frontier for the application by industry of gesture controllers. In the past, when human operators have needed to control robots during production processes, they have had to use fairly cumbersome interfaces, and robots have been designed with those limited systems in mind. Now, the body movements of technicians can be mimicked by robots with uncanny accuracy, allowing operators to carry out manufacturing and maintenance tasks at unprecedented levels of precision.

Why does this matter? For many reasons, actually.

Robots are often used in hazardous situations where human workers would be at risk if they were to  manually complete industrial tasks. Nuclear reactors, underwater oil pumping facilities, and oil or gas installations in sub-Arctic conditions are the kind of extreme environments where it would be more  suitable for engineers to control robots remotely,    rather than be there in person. At the same time,  robots can lower the risk of errors, while allowing for total flexibility and reducing accidents – a real win-win situation.

Where do wearables fit into the Industrial Robotic story?

This is where TACTIGON comes firmly into the picture. While we know that robotics are a crucial part of the economy as automation develops, actual progress on mainstreaming wearables in this field still has a long way to go. Companies and governments are pouring money into things like exo-skeletons, which enhance the strength and safety of workers, but they are always on the “cusp” of commercialisation, as the UK  government puts it. Now is the perfect time to come up with mid-sized wearable robotics that are pitched at real-world industrial settings.

If you have the ability to create wearables that can help construction companies erect houses more quickly, safely, and reliably, you’ll be in business. The same applies to more advanced manufacturing settings. As robots become “uncaged” and start to roam more freely around manufacturing facilities, the need will increase for wearables to control and monitor them. Currently, this kind of technology is mostly associated with aerial drones – a kind of robot with which most people will be familiar. But the future will include all kinds of industrial robots, and gesture control will play a big part. With TACTIGON SKIN, makers have the ideal platform to be part of the action.